Modo is ideal for modelling Arma 3 assets, and the modern and clean software architecture it uses internally is perfect for representing the additional data that game assets require. This plugin is a Modo kit for loading and saving Arma 2 and Arma 3 .p3d files.

The plugin is currently in closed beta testing and is not yet available for download.

The plugin requires Modo 901 or any later version.

The plugin is bundled as an .lpk kit installer. To install it, either:

Once installed, you should be able to load and save .p3d files using the Open..., Export As... and Save As items in the File menu.

Although you can keep your models in .p3d format and load them later, Modo retains extra editing information in .lxo save files that is often useful for revising models. It is recommended that you keep the original .lxo model of your asset and use Export As... to produce a .p3d when required.

To create a model suitable for exporting to .p3d, set up your Modo scene the following way:

RV Property nodes appear in the item tree as follows:

To create proxies, create an RV Proxy item by clicking on the Add Item button, and then on the Other sub-menu, and then on RV Proxy. To select a model .p3d file for the proxy, click on the Browse... button in the item properties: 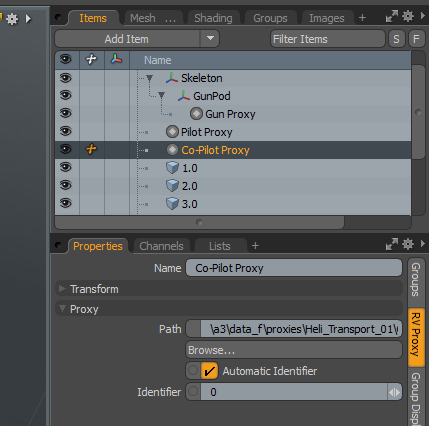 By default, proxies are not added to any LOD's on export. To attach a proxy to one or more LOD's, create one or more groups containing both the proxy or proxies, and the meshes that they should be added to: 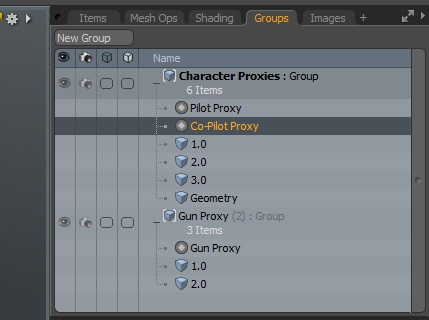 The proxy Path is automatically prefixed with proxy: and suffixed with the numeric Identifier. Using the Automatic Identifier option ensures that a unique identifier is generated for the proxy—even if the file also includes manual proxies. 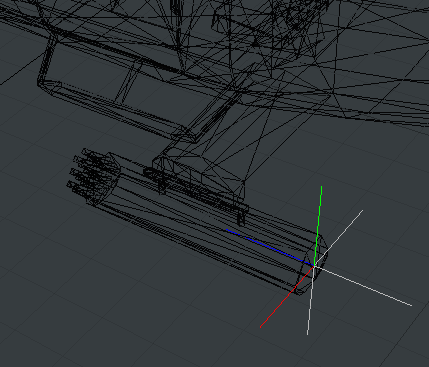 The default memory point style—Point—creates a single memory point in the Memory LOD, at the centre of the locator. The style can be changed to generate multiple vertices and selections automatically: 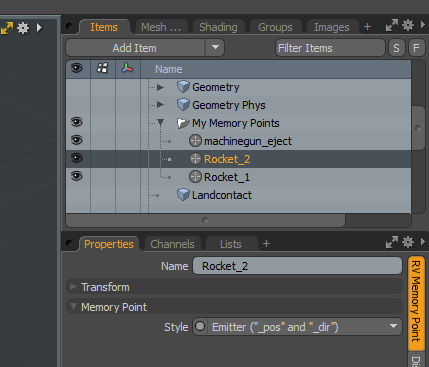 The available styles are:

Memory points can also be created manually by creating a mesh with the name Memory, and adding vertices with selections.

Exported meshes must contain only triangles and quads. If any exportable mesh contains N-Gons the export fails, and (unfortunately) due to a bug in recent versions of Modo, the full error message is not currently reported.

The import, export and debinarization features are compatible with a typical Modo animation workflow, and simply use a skeleton that is defined in your scene with a tree of locators. The locator names are matched against the bone names in the .rtm file, and should match—in name as well as hierarchy—the skeleton as defined in your model.cfg: 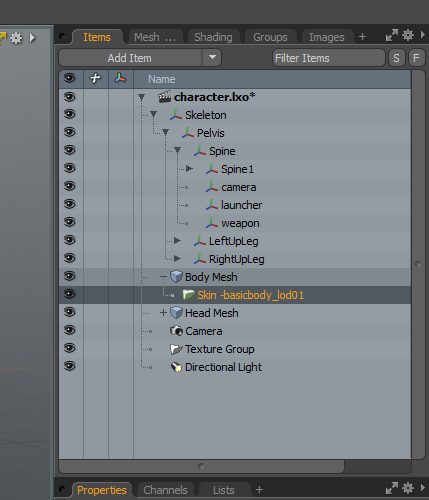 The bone resting positions and rotations must be stored in the setup action. Animations and edits to the current edit action are overwritten during import. Also, during export, the relative transformation between the setup and evaluated transforms are used as the basis of the exported .rtm file.

The skeleton can also be made to deform a skinned character using weight maps and a normalizing weight container.

There are two rules for skeleton locator naming:

Before exporting an animation, ensure that the frames per second setting and the scene start and end times are set correctly. The saved animation is limited to the scene times, and is automatically resampled ("frozen") during export to the framerate that you specify: 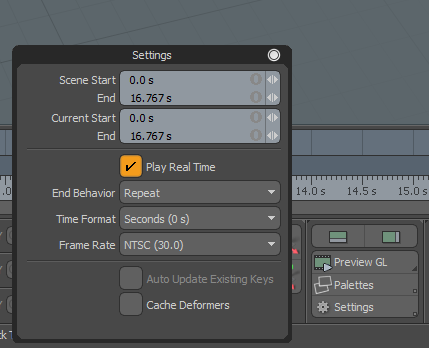 The vast majority of Arma 3 animations are captured and stored at 30 FPS. Due to the resampling process, it is not necessary to manually freeze or add interpolation keyframes before exporting.

To complete the export process, open the Animate layout tab, click on Actions, and then on Export to RTM: 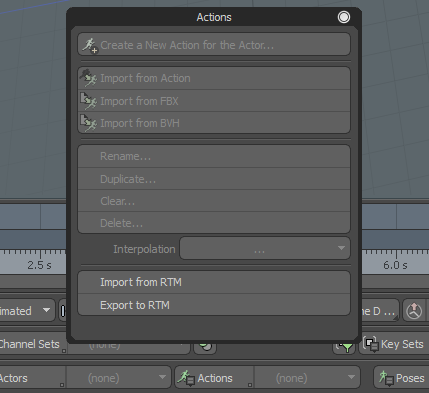 Animations can be imported by opening the Animate layout tab, clicking on Actions, and then on Import from RTM.

The skeleton must be ready at the time of import. If a binarized .rtm is being opened it is particularly important to have the skeleton hierarchy correct. An .rtm file includes a flat list of bones, and does not include a hierarchy that can be checked against your model skeleton. An import of a mismatched skeleton—particularly one from a binarized .rtm file—may simply produce a distorted animation. If an import fails to produce a correctly animated skeleton, carefully check that your locator tree matches the skeleton that was used during binarization.

The duration of .rtm files is not stored in the file itself, and must be configured in addon config.cpp files. Since the import process can not reliably read all config.cpp files, it assumes that animations are 30 FPS. The Scale command in the right-click context menu of the keyframe timeline can be used to adjust from non-standard framerates.

The use of 30 FPS as a default import frame rate was based on an exhaustive scan of all vanilla Arma 3 animations: 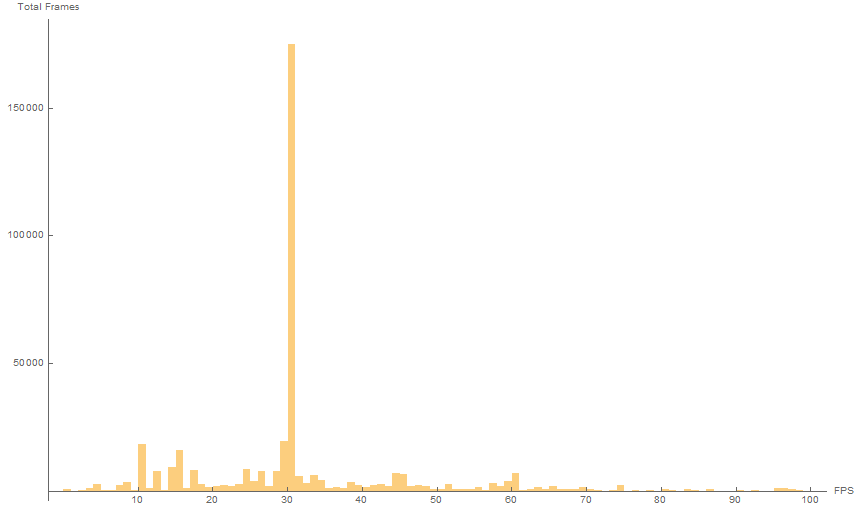